Old J’s creation was inspired by the famous English Naval Officer and Admiral, Edward Vernon, who brought into force a reduction of strength of the rum rations within the British Navy in order to keep officers sober. In doing so, he earned the nickname ‘Old Grog’ and inadvertently became a celebrated mixologist through his addition of limes and sugar into the mix of rum, which served to make the rum taste better for British Navy Officers.

The Old J Spiced Rum range consists of many unique flavours which have all been specifically crafted using the same base ingredients, other than Old J Gold Premium Spiced Rum, which uses a pot-stilled rum from the British Virgin Isles. 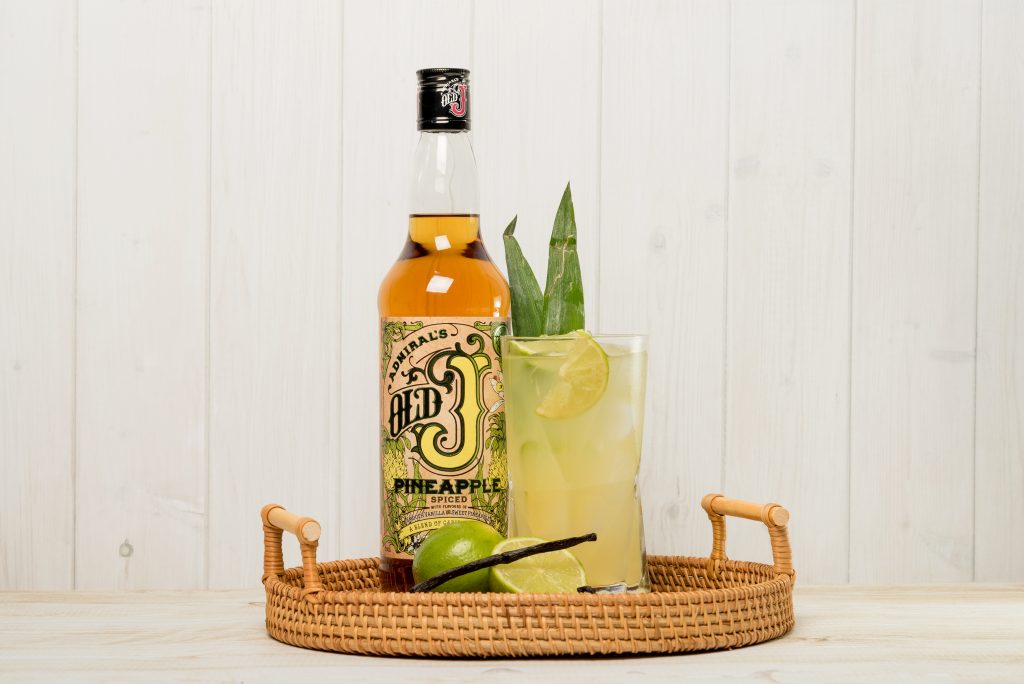 With the launch of Old J’s latest flavour, Old J now boasts seven spiced rums which all bring their own twist to the base flavour profile across the collection.

The new rum pineapple blend that has hit the ground running, Old J Pineapple Spiced Rum, is perfect for gentle sipping or to elevate one of your favourite rum pineapple cocktail recipes! The exotic and tropical taste of Old J Rum is distilled with freshly cut pineapple chunks to give this new rum the sweet pineapple notes and the Caribbean aroma that we all need in our lives.

We recommend the fantastic Cuban Connection for all your spiced rum cocktail needs and you can watch our new how-to video on exactly how to make it.

Old J Pineapple Spiced Rum is now on sale for £19 at our online store. 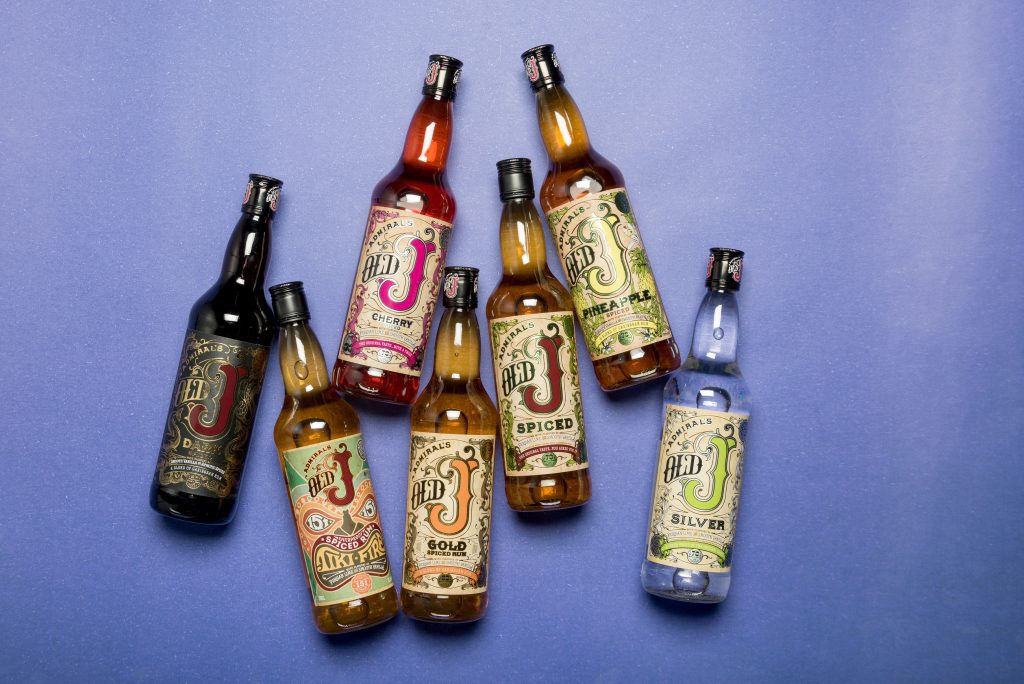 The first spiced rum in the collection, Old J Spiced Rum, was proudly awarded Master status by The Rum Masters in 2016; meaning it belongs to a small family of renowned rums that are considered the best on the market! Old J Rum is perfect for spiced rum cocktails such as the Cuba Libre but works equally well in a simple serve with ginger beer. The taste is perfect for those who love the taste of sweet vanilla and lime.

One of the most popular Old J Rum’s in the range is the perfect-for-a-party Old J Cherry Spiced Rum. Its flavour profile, aroma and even the colour is ideal for rum cocktails, such as the Cherry Bakewell Punch cocktail which includes 50ml Old J Cherry, 20ml Angostura 1919, 50ml pineapple juice, 25ml lime juice, 20ml Orgeat (almond syrup) and two dashes of Angostura Bitters. But if you like rum to be served with classic rum mixers, we’d strongly recommend the fruitiness of Old J Cherry with a crisp Cola over ice with zesty lime wedges!

A true taste of the tropics, Old J Pineapple is set to be a huge hit – for summer and beyond.

Plan your Jubilee Jamboree with our quintessentially British range and...

You don't have to spend an evening making cocktails, you can just...

Cocktails aren't solely for the weekend, right? Why not fix up a ...

Happy #SauvBlancDay! Just how much do you know about this crisp, dry, ...

Us: What are your plans for the May Day Bank Holiday? 🤔

Just what every Monday needs 😋

Who's going to be drinking a rum in the sun this weekend? We ...

This website uses essential cookies to improve your experience and allow us to process orders. Other non-essential cookies are used to track visits anonymously and collect information for making reports. If you continue without changing your cookies settings, we’ll assume you’re happy with the use of all cookies on our site. Read our cookies policy to find out more.